The Scheme of Things and Thought Patterns in 'Documentary' Form 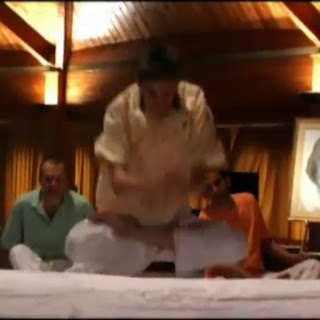 It started in 2013 when I first created the album Thought Patterns in 'Documentary' Form; it was the beginning of my journey into the avant-garde, yet this type of music had structure and atmosphere buried deep in the experimental. After years of creating other electronic albums and ideas, based on EBM, Industrial and experimental, I had discovered something I wasn't expecting. 'Documentaries' is an album that is very different from everything before it. The year 2013 was a time for me to create many live type albums and 'Documentaries' was created on the fly. Going forward without thinking of the consequences is what made the album so dynamic and interesting. Blown Glass is the beginning of the album, even through there are songs before it. It's as if the curtain is open and the story begins.

This leads into Plane Ride to London, a jazz-type keyboard anomaly, formed adlib and transitions into an explosive emotional mind trip toward the end. Much of 'Documentaries' felt as if I was headed in a musical direction that meant something to the artist, more than the listener. It's like a strange canvas I had secretly been seeking for years, since 1998. When the artist comes to their peak of musical understanding and purpose, then it's best to go forward and see how far the rabbit hole really goes. During the time of  'Documentaries' I was working on another album but from 2012, slowly pushing it through 2013 past the other live ideas and albums. -ATD- came from an entirely different idea of re-visiting my childhood at the age of 6: first hearing synth pop music and other electronic tunes, movies, soundtracks from film, synth progressions, and even avant-garde. -ATD- was nothing like 'Documentaries' but after I ended and released that album I started another after a long break, 'The Scheme of Things'. 'The Scheme of Things' started with the song Oracle, around Nov 2014 and continues down the same rabbit hole as Thought Patterns in 'Documentary' Form. I wanted to continue down that rabbit hole because I knew there was more to discover, and I was hooked to the idea that it went deeper. Indeed it has gone deeper and continues. The element and vibe of both albums, 'Documentaries' and 'The Scheme of Things, could be listened to back to back upon completion.

Going forward from -ATD- into another -ATD- type album was not the idea, and that idea was a one time motivation for the simple sake of bringing ideas from my childhood in analog and digital form, or through the ears of a child, and miraculously remembering those vibes at a later age. -ATD- was meant to be one story and theme, not to be intentionally re-created, a portrait of its own. While -ATD- and 'The Scheme of Things' both sound different, there are elements in the albums that have some similarities. But if someone were to say, "Why didn't you continue from the sound of -ATD-" I would say, "I never got to continue from 'Documentaries'", as this was important to my journey into continuing territories of unknown music places. Indeed it has evolved from such longing and 'The Scheme of Things' is coming to a close finally after 2 years. I may even continue down the same rabbit hole as I have found something that completely fulfills my hearing but mostly my soul. There is something nearly sacred about this journey into the "deeper' experimental electronic, one that is my journey and mine alone. I continue forward... Into the 'The Scheme of Things'
Posted by Almark at 6:47 PM No comments:

The Sun was once Yellow

Posted by Almark at 6:34 PM No comments:

'Aura' from Almark (SynthoElectro) on Vimeo.

Posted by Almark at 9:51 AM No comments: